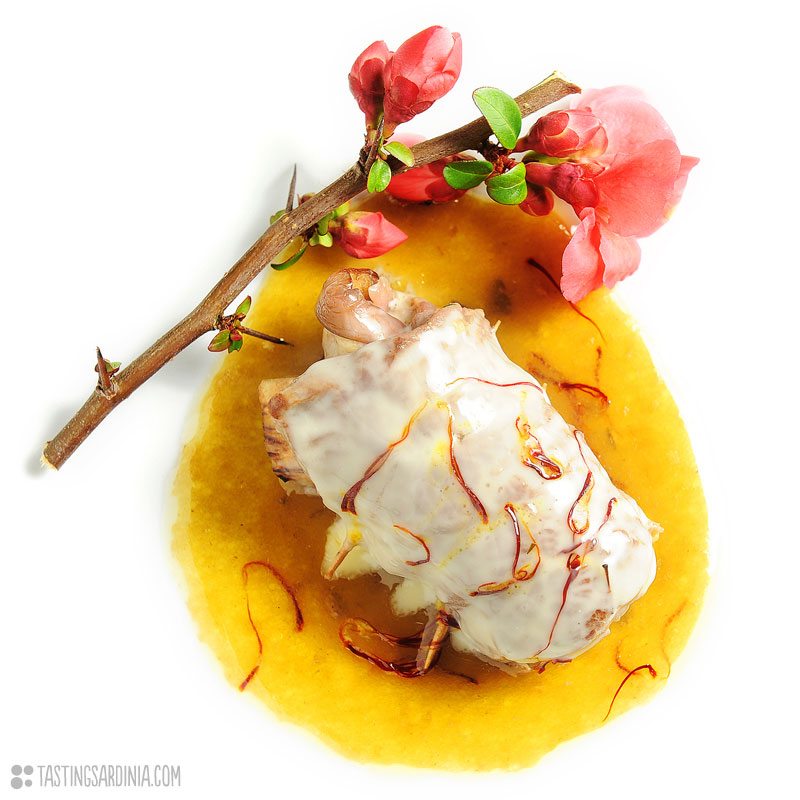 Some months ago all along a foodie tour centered in Montiferru area we proposed a successful recipe based on the renowned meats and cheeses found only in that region: rolled red ox fillet with ham and aubergines, flavored with Vernaccia wine, saffron and melted casizolu on top. It was during a cooking class based on local products as the famous casizolu from Santu Lussurgiu village and the tasty and unique Bue Rosso from Seneghe that we experimented this new combination of flavours.

Casizolu cheese and Bue Rosso meat are two important products obtained from cows raised in the wild belonging to the sardo-modicana variety, found only in the Montiferru territory. Either of them were recognized as Slow Food brand (the international movement which promotes an alternative to fast and junk food to preserve traditional and regional cuisine).

Once agriculture became mechanized, the Bue Rosso, literally red ox because of its colorful fur, faced extinction. It was thanks to the efforts of local farmers and the huge promotion made by slow food community, these animals continue to peacefully graze in the hills of Montiferru. Their delectable meat and Casizolu, the flavorful cheese made from the milk of these unique cows, are recognized as presidia of the Slow Food movement. The Bue Rosso survived because it is the only breed of cow raised in a completely natural way on the island, as the animals must be pastured. Every traveller to Sardinia should at least once try this particular meat and exquisite cheese. The Casizolu cheese is still obtained by hand-milking, that makes it more difficult to produce and less widely available then other cheeses produced. But if you are willing to venture into the hills of this part of Sardinia, you can appreciate this local delicacy which is still made by hand by local farmers.