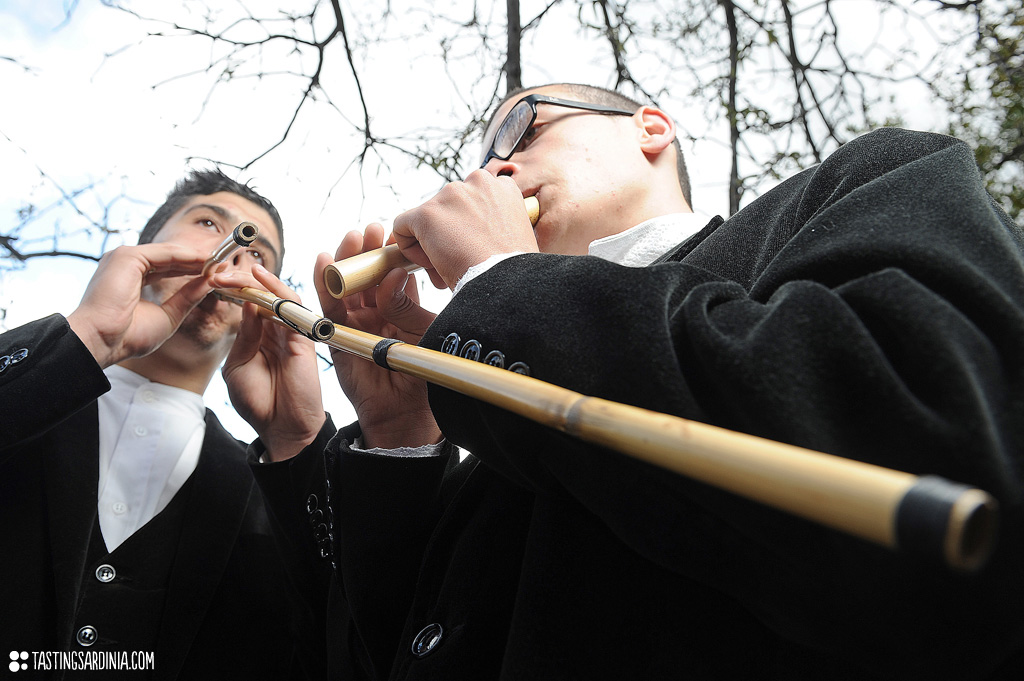 Sardinia is likely to be the most culturally distinct of all the Italian regions; it is due probably to a strong island-status determined by an endless isolation from the mainland and from a remarkable influence instilled during the centuries by the numerous “visitors”. As far as the playing tradition is concerned it’s fair to assert that launeddas is the Island’s trademark musical instrument being the most ancient within the whole Mediterranean basin. It is a rudimentary an ancient wind instrument that consists of a set of three single-reed pipes bound together with wax (two chanters and one drone), all three simultaneously mouth-blown using a particular technique: the circular breathing. Launeddas is an age-old device which is capable to give gooseflesh even to the most insensitive ones. The most ancient proof of the existence of launeddas in Sardinia is given by the little votive bronze statue called bronzetti dating back to the X century B.C. during the nuragic civilization.

The essential role of Launeddas has also been approved by UNESCO, which in 2014 invited the esteemed master Luigi Lai to play in Paris as part of La Musique, la Culture, Les Traditions d’une ile dans la Mèditerranée: The Sardaigne, an event dedicated to the Sardinian traditional music.