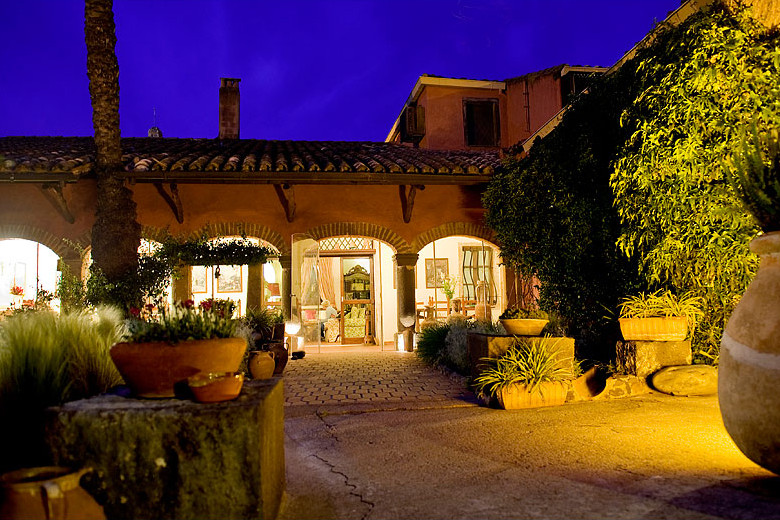 Hotel Lucrezia is an ancient house located in Riola Sardo a small village near Oristano (the largest city in the area). It”s the closest to the seaside among our locations, consequently the experiences that revolve around this dwelling (as cooking classes or long foodie experiences) are actively characterized by the sea.
The Sinis Peninsula is famed for its wild beaches and its marvellous sea, nevertheless you will find plenty of reasons to stay on the mainland. The whole Sinis has always been defined by a millenary human presence that has left behind an immense treasure that you will want to explore. Here you can visit many archaeological sites of great emphasis as the Roman baths (thermae) of Fordongianus (ancient name “forum Traiani“), several nuraghes as the nuraghe Losa, famous in the whole island for its importance and tombs of giants (tombe dei giganti) dating back to the nuragic civilization. Nonetheless the most fascinating site for complexity and size are the Phoenician city of Tharros (an open air museum) and the latest findings of giganti di Mont”e Prama (Mount palm giants) still concealed by the mystery of the recent discovery

The house is an example of classical abode from the Campidano area (which originates from the ancient colonial Spanish houses widespread in Latin America). Its simple architecture consists of an open courtyard in which the main rooms face forward. His simplicity reflects the sober and functional elegance of the local nobility that once lived this place.

Once you cross the wooden door you plunge into a new dimension: the protagonist is the “new Mediterranean garden” (this is the garden designers Leo Minniti and landscape architect Italo Vacca”s definition) a backyard oasis just waiting to be lived while sipping a glass of white wine resting under the cool pergola as suggested by the renowned magazine Lonely Planet (website; guide book).

On the right is the central body of the house where the rooms, the kitchen and the dining room overlook together. To the left a cellar with a bunch of barrels where the precious local vernaccia wine is aged. In front are the suites that overlook in a breathtaking space that still retains an ancient grindstone of the ancient mill.

This is the ideal backdrop to abandon any thought, the right place to fully immerse yourself in the rural environment of 18th century. Whether you decide to attend a cooking class or a longer experience, the Hotel Lucrezia”s atmosphere will be the key to success. 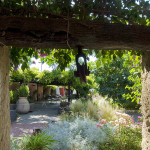 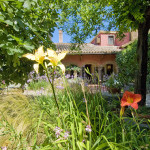 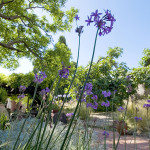 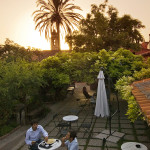 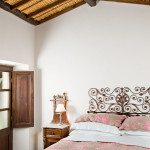 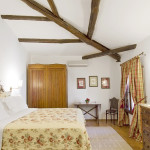 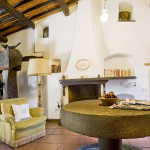