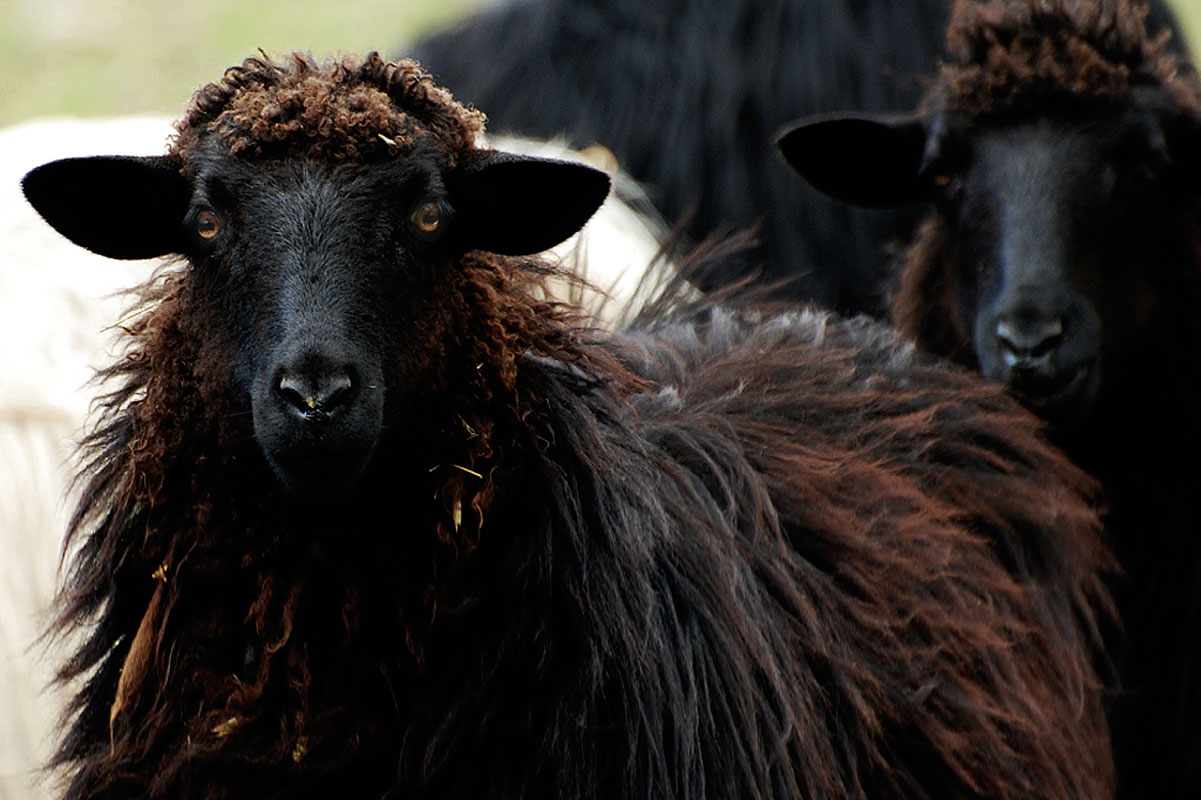 Warning! To be a black sheep is not a flaw or a shame any more. Instead it could soon become a virtue. It is happening in Arbus, small town on the south-west coast of Sardinia. Wild and fascinating landscape, rather off the beaten path, especially known for its unspoiled nature but above all for its dismissed mines, ghost villages and magnificent examples of industrial architecture set in a breathtaking scenery.

The name of arbus black sheep comes from the eponymous town. Its coat is black and can take various grey shades. The fur is roughs, coarse with pointed tufts.

The black sheep was normally farmed in this region in ancient times as its wool and skins were ideal to be used in the making of traditional Sardinian costumes. Its milk and meat are also of very high quality though.

There are not certainties at all on the origin of the black sheep but it is most likely to be a pre-medieval Sardinian selection.

A recent history of the black sheep

The black arbus was gradually abandoned in the ’70s until the population was almost extinct. In 2006 sadly there were only 500 surviving examples.
Finally, in these very last years the population of sheeps slightly increased, although it remains low. Today there are about 1000 heads of cattle, which mainly live in the Arbus area.

Given the meagre population of the black sheep of Arbus and the peculiarity of this endemism, this is now a protected species by the European Union, that also allocated special funding’s to incentivize the preservation of this biodiversity.